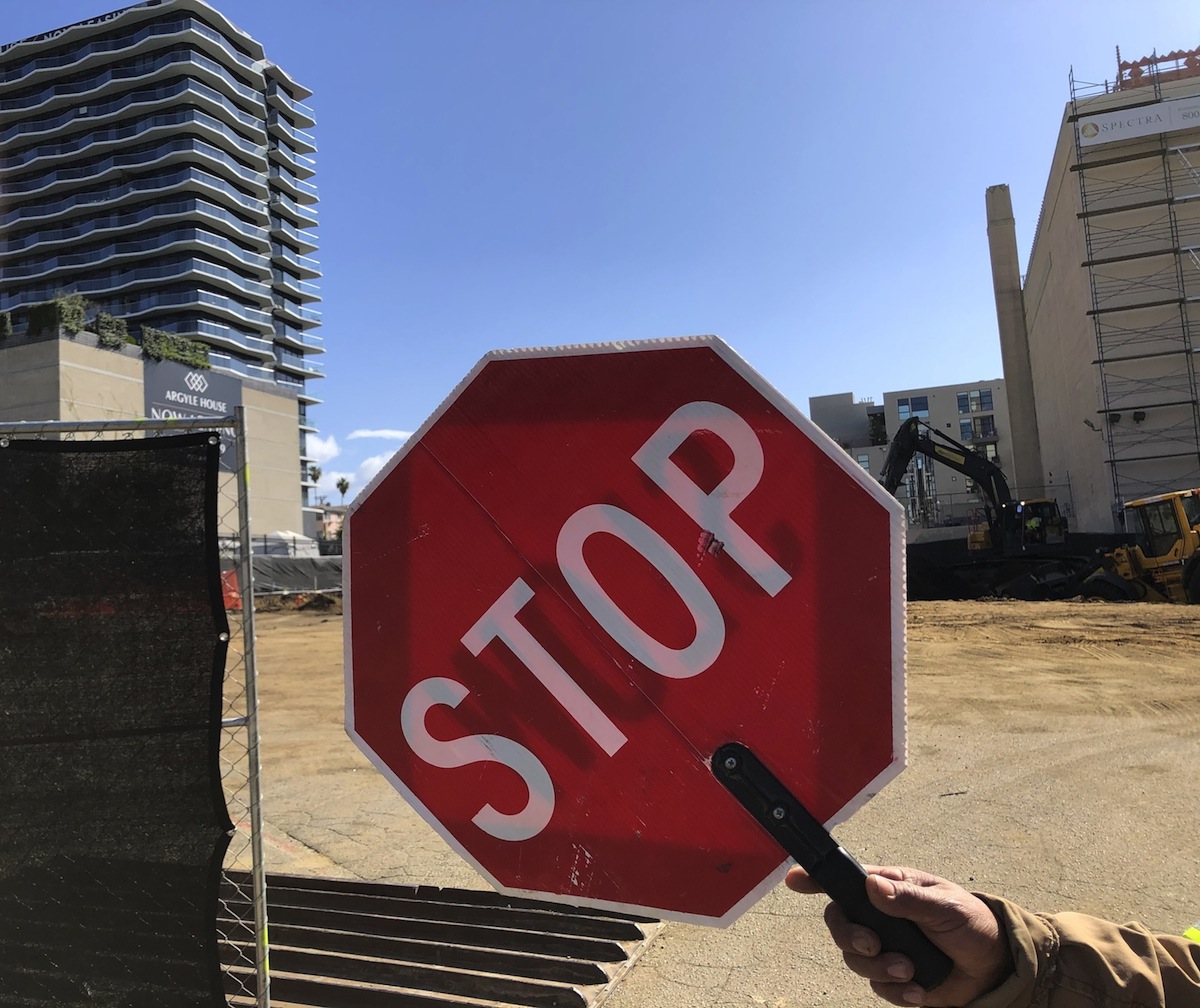 The above photo captures what a Los Angeles resident was met with when she saw what was going on at the Millennium project site and stopped to take some pics.

Reports are coming in from our supporters about the Hollywood Center site being fenced.   Bulldozers and excavators are at work now, apparently on a new earthquake fault trench as seen in the above and below photos. 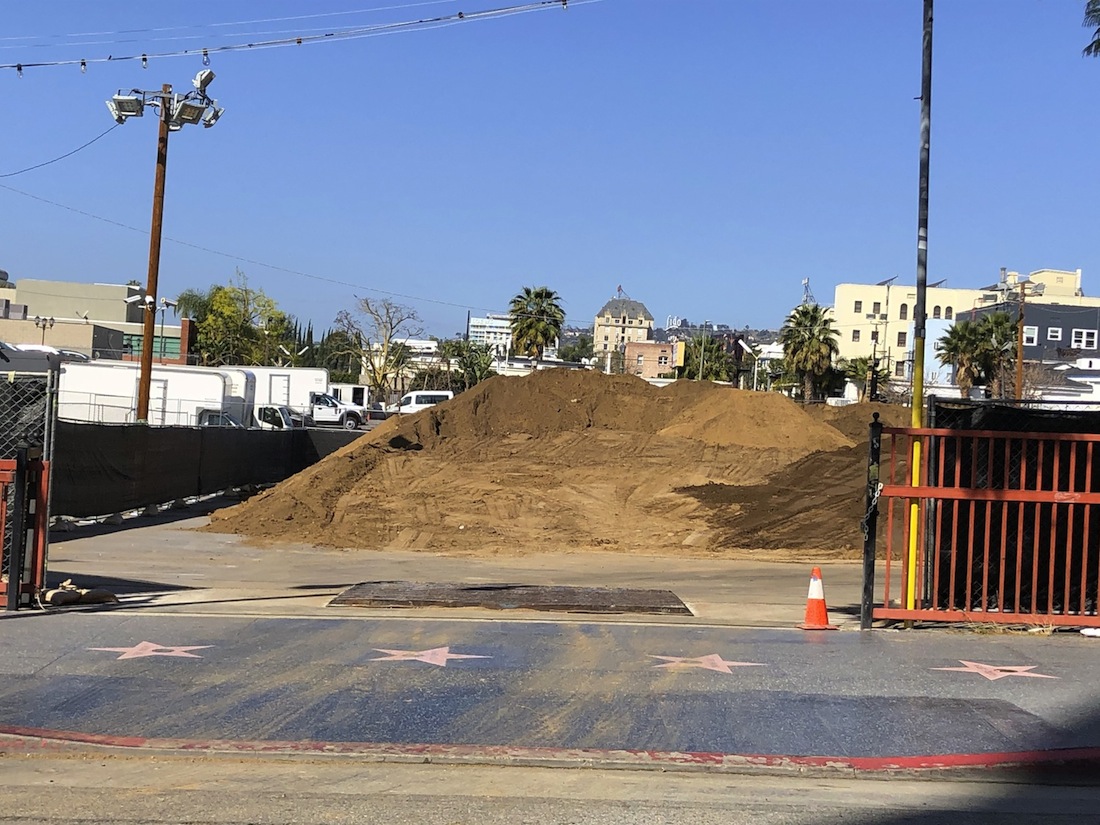 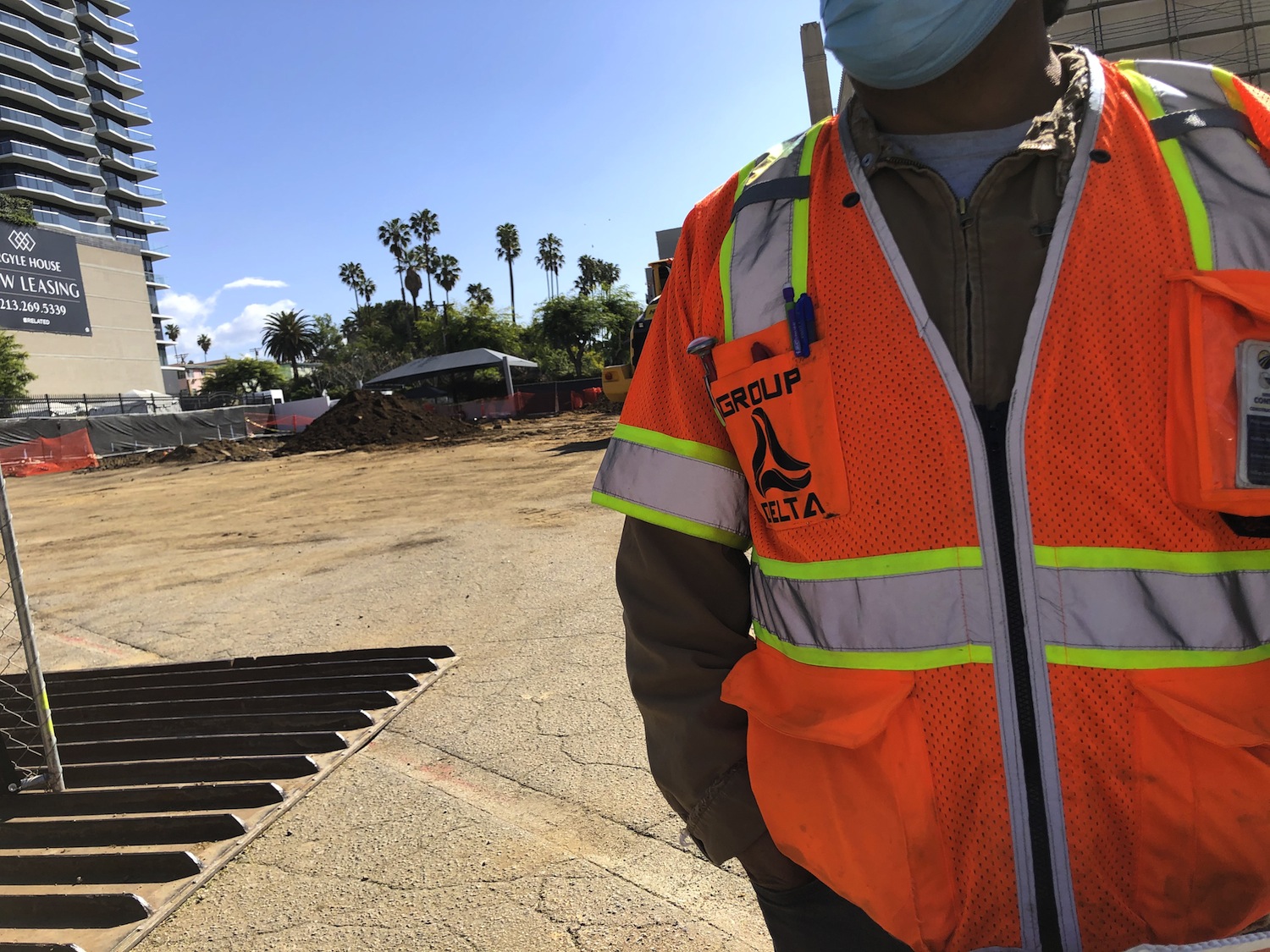 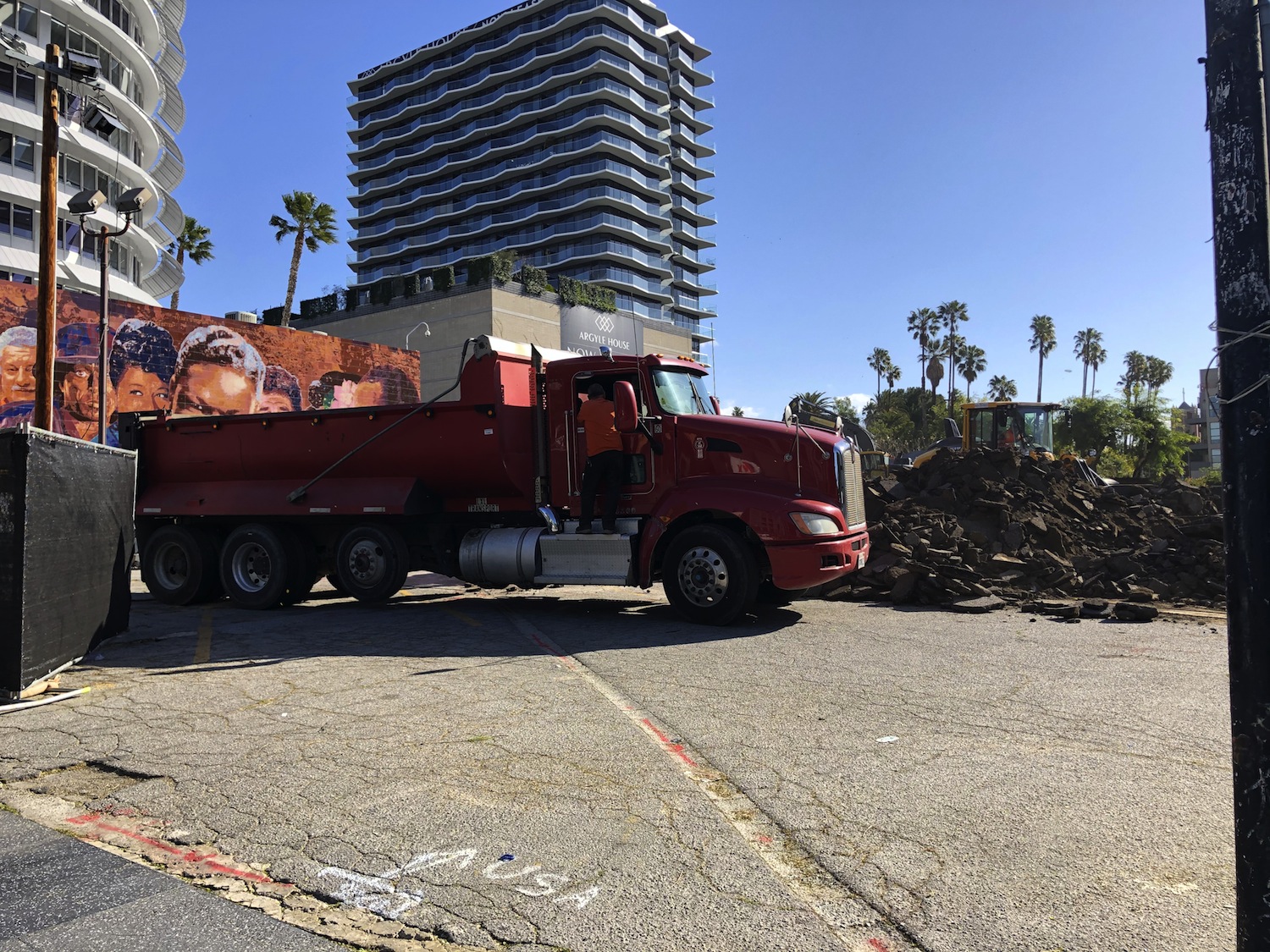 Recall that the California Geological Survey in their July 2020 letter skewered Millennium’s previous trenching as junk science. The CGS noted that the trench dug in 2014 did not go deep enough or far enough south to actually try to locate the fault lines.

Recall LADBS’ Daniel Schneidereit’s August 2020 letter to the Planning Department wherein he writes: ” there will be transparency with the CGS, by requesting the CGS geologists to observe the trench and verify the exploration results.”

A favorite quote from legendary U.S. Supreme Court Justice Louis Brandeis rings true: “Sunlight is said to be the best of disinfectants; electric light the most efficient policeman.”

We demand open, transparent and proper trenching by neutral experts not paid by Millennium.

Please email the City now to demand the same.

You can help keep this fight going by donating below.